Differences between iOS and Android development may feel like complications on your way towards your goal. The process of finding the perfect platform takes time and research. Some claim that iOS has a higher rate of return of investment (ROI) which means that the iOS app will pay off quicker. Others say that Android has a bigger audience and you’d have to develop an app for this platform one day anyway. You need to know which one is better to choose between Android and iOS. And this article might come in handy if you’re looking for an answer.

The distinction between iOS and Android is not limited to programming languages, but these are the ones that should be covered first since technical details are slightly more important in software development.

Android apps are built on Kotlin and also Java, meanwhile, the iOS programming language is Swift. Swift involves less coding and enables high-interaction interfaces so it allows making the software creation faster. But it is suitable only for one platform so you will have to think of scalability over time. Java is more universal and allows cross-platform development. An app built on Java won’t be suitable for Android exclusively but will be available as a web app also.

Swift Playgrounds is an interactive development environment that allows to experiment with code and work in an interactive manner. Everything created there can be shared between devices and all features are usable.

3.How to choose the integrated development environment?

There are, in fact, several integrated development environments (IDE) for iOS and Android, but it is and each of them has advantages and disadvantages of its own. It solely depends on one’s preferences and the programming language. Here at Engenious we use Android Studio because it is an official product build by Google and it helps us develop high-quality apps. To build an iOS app, we use SDK and Xcode, which allow us to customize the software and improve its quality.

How to make an iOS app that will catch users’ attention? How to develop for Android something that will grab your users’ attention and glue them to the screen? Design is one of the most important things in creation and refined UX can make the user stay in the app or use it again.

According to Ledgeview, about 66% of users prefer beautifully designed pages and this may even influence the consumers’ behavior. So, when it comes to iOS, apps there are mostly minimalistic. The UI designers mostly use shadows to give the user a feeling of depth when they use an app. Android designs are more colorful and interactive, due to a high variety of apps in the Play Market. Your designers will have to do something impressive, to hook the users’ attention.

It is more complicated for Android since there are so many devices powered by this platform and your app has to function properly on each of them. For iOS, the situation drastically differs since it powers up only a limited set of models and they all have similar configurations. So your app will be optimized for all of them nonetheless.

First of all, let’s get on with the term. Device fragmentation is specific updates that are made by a device’s manufacturers to add more original features to the original operating system. Of course, Android is more fragmented, and with every new version of the OS, it gains something new and loses something old. For iOS, it isn’t as drastic, though. So, what does it mean for you? Basically, it means that for every new version you would have to double-check the optimization of your application. One more important thing is that this platform has a lot of screens running on their OS and UI has to be acceptable and interesting for each of them. Some might say that Android development is more complicated than iOS, some think that Android is better than iOS, and some don’t understand why. But the facts stay, more than 40% of the market share belongs to that little green guy.

The fight of Android vs. iOS, in this case, won’t be so thrilling, since here they both do have their pros and cons equal. Both Play Store and AppStore have a similar share — 30% to the store and 70% revenue to the creator of an app. Still, AppStore makes more profits due to the fact that most of its apps are more expensive. In the Play Store, the content also plays a greater role since people do actually read the app’s descriptions. This may happen due to the broad variety of apps in the Play Store, so users do want to know what they download.

It’s also important to note that the Play Store is considered more developers-friendly and an app less likely will be rejected by the store. What about the type of apps that get popular on these platforms? The most popular applications in the AppStore are social networks and, who would have thought, mobile games.

In the Play Store, social networks and games are still as popular as any, but they also have a company of some useful tools now.

iOS and Android: the cost of the development

Due to the reasons we’ve talked about above, Android developments will take more time to finish and so will be more expensive. Since you need to optimize the UI and other features for so many devices you may also need a bigger team. So, if you’re not ready to spend, start your way with the iOS application. It’ll take less time for optimization of an app and will earn you more in the short term but if you’re planning to scale you’ll have to develop an Android app eventually.

Most high-class mobile development specialists have rates in the range of $50 – $150 per hour. This way, if you want a mini-game that will take about 160 hours to develop and won’t have a lot of features and complicated design, test, and release, you will have to spend about $8,000 – $24,000 per one member of a team.

To spend less you may first create a widget. The difference between a widget and an app is that apps are full-fledged software with different aims and features and a widget is a self-contained program that performs one single task. If you want to cut costs a little bit, you may work with the developers who have lower rates. That will be an outsource or outstaff specialists from India or Ukraine. Ukrainian developers have higher education in most cases, so we can roll further with this option. Their rates may cut the price in half since the lowest rates in the US are one of the highest in Ukraine. In this European country products like Grammarly and Slack partially outsource their development. This is why it may be a good idea.

Is there a way to dominate on both platforms?

It’s not that easy since usually, you would need to have 2 separate teams to support different platforms, but there are some ways out of this situation.

Basically, just build a webpage that your user will be able to see and use from their smartphone through an app. However, an application will have to be built considering that this is a full mobile version of a webpage and so you can’t have your header, footer, or other such elements be visible in the app. It also may not work as smoothly and will take some time to develop, so it is not as perfect as it seemed.

ReactNative and Flutter allow using the same development on different platforms like iOS and Android as well. It adds to the app size and strips your app off of the native advantages, but it enables the application to work on both platforms.

OS and Android as any other platforms have similar parts in their code. If you could extract them into the same library, you could write the code once and use it for both platforms. Kotlin Multiplatform Mobile allows moving the common data or logic to the shared Kotlin library and creates the native parts independently.

Android vs. iOS is an endless battle, and which is better is an eternal question. However, considering all that has been said, we can conclude that none is better and none is worse. It all depends on what you’re looking for and what you need. If you need quick income and spend less, you should go for iOS. With its quick ROI, you will find what you’re looking for. If you need long-term growth and popularity then Android and its enormous userbase are what you want. Now you know what are the differences between Android and iOS development and how to bend them to work for your profit.

We at Engenious could help you create the application you need and glue your user to the phone. The only thing you need is just an idea and determination to change the world. 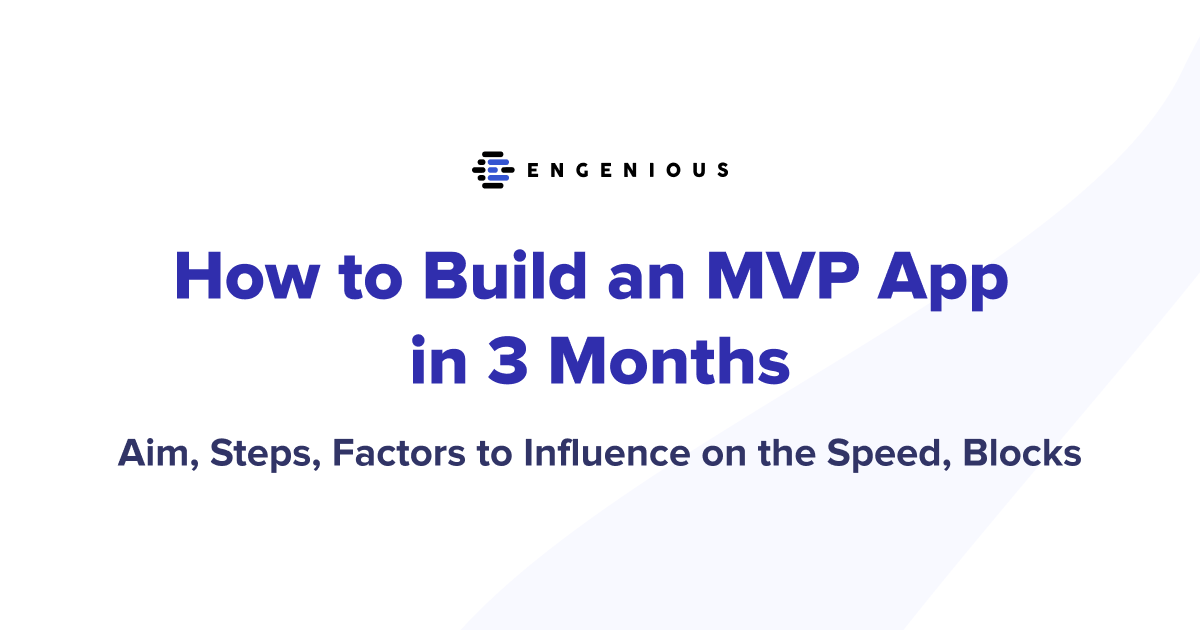 How to Build an MVP App in 3 Months 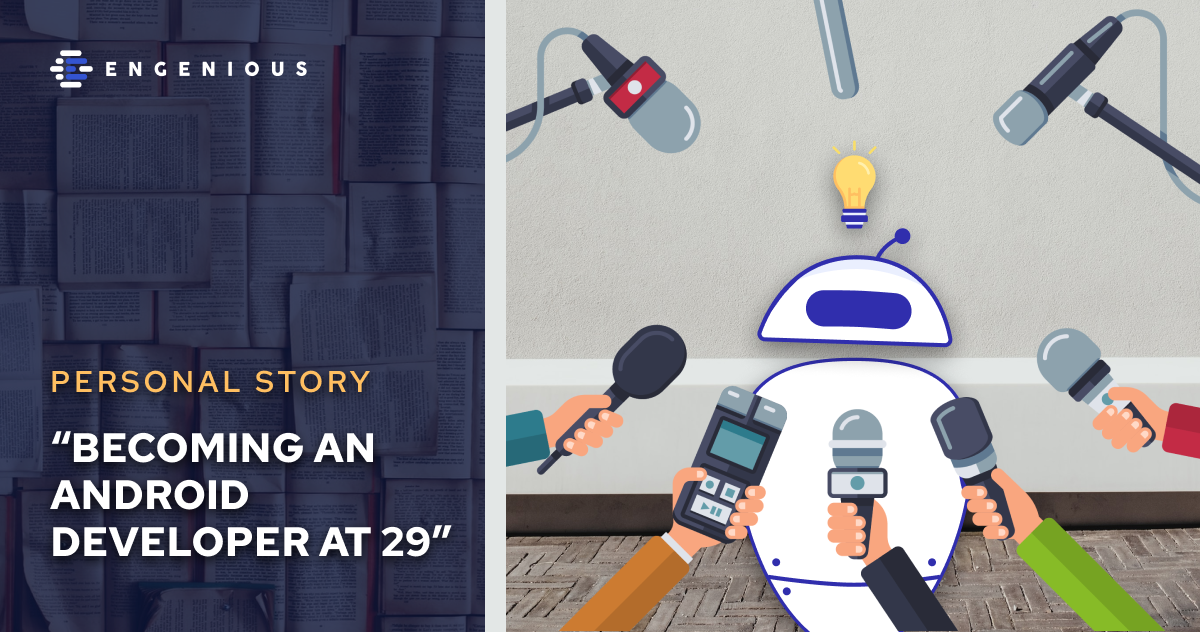 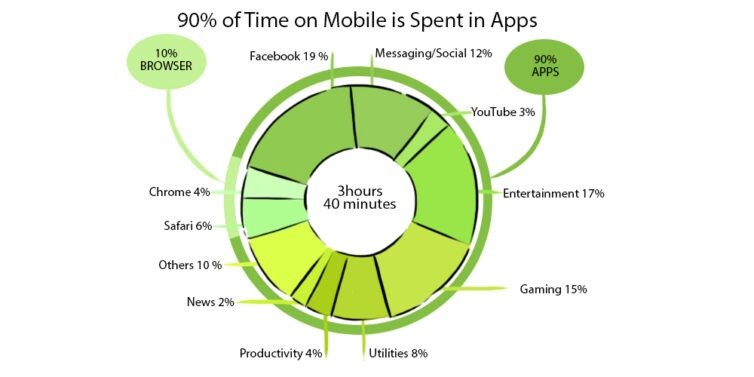